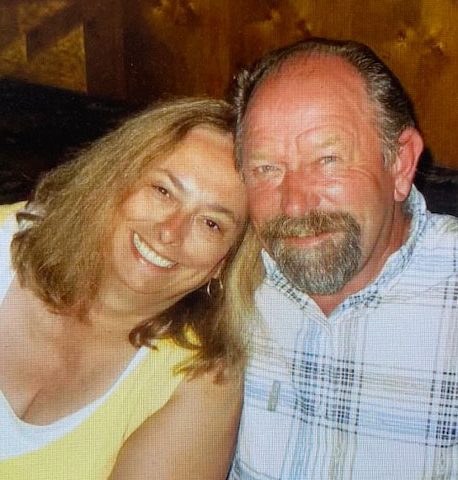 Barbara and Patrick Kowalski of Grand Lake passed away as a result of an auto accident on June 23, 2022.

Barbara was born August 13, 1952 in Platteville, Wisconsin to Herbert and Patricia (Hall) Mee; Patrick was born August 3, 1949 in Alpena to Edward and Florence (Wisniewski) Kowalski.

Barbara spent the first several years of her life in Central and South America because her father was employed by Alcoa. Her family then moved to Denver, CO and later to Detroit, MI. She graduated from Lincoln Park High School in 1969 at the age of 16, where she was heavily involved with choir. She then attended Central Michigan University

Patrick grew up in Metz helping on the family farm. He graduated in 1967 from Posen High School where he, despite not being the tallest or biggest guy in the room, was quarterback for the football team, competed in the state track finals, and was a standout on the baseball and basketball teams. He attended Alpena Community College and then Central Michigan University pursing a degree in education.

While at Central Michigan University, they met when Patrick picked up Barbara while she was hitchhiking. He was wearing red checkered pants and a super chicken t-shirt. It was love at first sight and they left college and married in Detroit in 1971.

After farming for a couple of years, Pat worked for Ford Motor at the Gibraltar Foundry, while completing his degree at Central Michigan University. He took a job at Posen High School as the Science teacher where he taught for thirty years. I addition to coaching football and basketball in his early years, he later coached baseball when his son started high school and continued a very successful coaching career, taking the Posen Viking’s baseball team to the Final Four two years in row. He was inducted to the Michigan Baseball Coaches Hall of Fame in 2010. The induction ceremony took place at Comerica Park in 2011, where his name is engraved on the wall.

Barb went back to college after her children entered school completing her undergraduate degree at Lake Superior State University. She worked for Presque Isle County Family Services, and later Rogers City Schools as a counselor. After her children completed college, she returned to college and earned her master’s degree (LMSW) at Western Michigan University when she was 50 years old. After employment with NE Community Mental Health, she entered private practice from which she retired earlier this year.

Pat and Barb also founded P&B Christmas Greens, a part of the fabric of Northeast Michigan for over forty years. It was a whole family effort that continues to this day.

Through their work as an educator, coach, and counselor, they touched countless lives. While Patrick and Barbara achieved many accomplishments throughout their lives, they made it clear to their children and grandchildren that they were their greatest accomplishments.

They were preceded in death by their parents; and Barbara’s step-father, John Scully.

Friends may visit at the Beck Funeral Home on Thursday, June 30th from 4-8 with a time of sharing memories at 7 p.m. Memorial visitation will resume on Friday at St. Dominic Catholic Church in Metz from 10 a.m. until time of their memorial Mass at 11 a.m. with Fr. Arthur Duchnowicz officiating.

Memorials may be given to Posen Athletic Boosters and Bay View Center of Alpena.