Edith Clara Ziemer age 87 of Hamburg formerly of Huron Beach passed away at home surrounded by her family on May 15, 2020.

On February 7, 1975 she married Max Ziemer in Dearborn. Edith retired from the Federal Reserve Bank of Detroit in 1980. The couple moved to Huron Beach in 1995 then moved to Hamburg in 2011. Edith loved spending time with her children, grandchildren and great grandchildren. She also enjoyed knitting, golfing and snow skiing.

She was preceded in death by two sisters, Hilda Narden and Heidi Shultz.

A graveside service is set for 2 p.m. Saturday, May 23rd at the Ocqueoc Township Cemetery.

Memorials may be given to a charity of your choice in memory of Edith Ziemer. 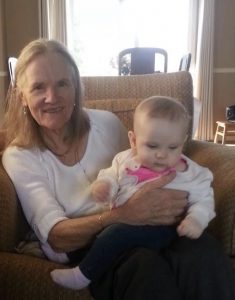