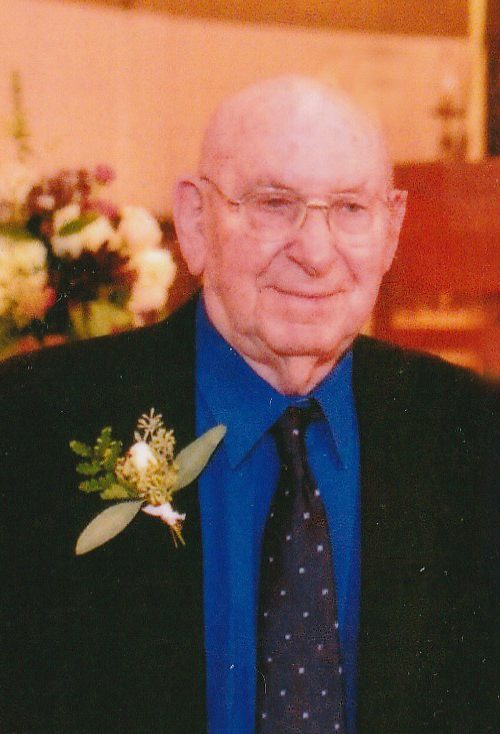 John Misiak age 94 of Posen passed away at MidMichigan Medical Center in Alpena on October 12, 2021.

On September 2, 1946 he married Martha Wozniak at St. Casimir Catholic Church in Posen. They shared 70 years of marriage before Martha’s passing on February 18, 2017. John began his career as the owner and operator of Johnnie’s Sunoco. During this he also was a bus driver for the Posen Schools for 41 years as well as the bus mechanic for 11 years. Upon retirement from the school and the selling of his business, he then began Johnnie’s excavating until his medical need for retirement. He enjoyed being at the hunting camp and especially being with his family and friends. John was a member of St. Casimir’s Ushers Club, Posen Chamber of Commerce and the Posen Knights of Columbus.

Friends may visit at St. Casimir Catholic Church on Friday, October 15th from 10 a.m. through time of his Memorial Mass at 11 a.m. with Fr. Arthur Duchnowicz officiating.

In lieu of flowers, memorials may be given to a charity of your choice or to the family to donate to charities per John’s wishes.